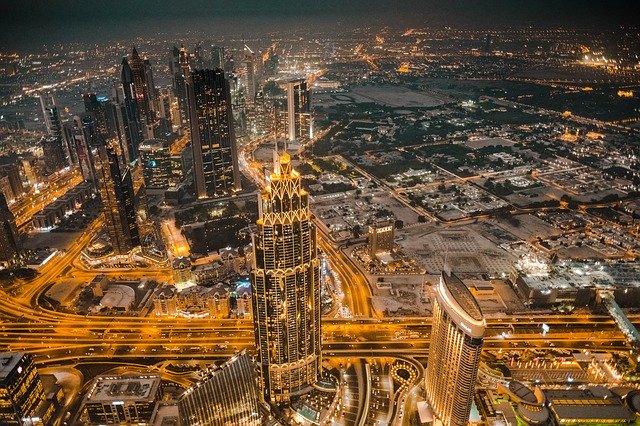 Still known under the pseudonym of offshore company, an offshore company is in fact a registered company, whose head office is in a country foreign to its original owner and where the latter is not a resident. Offshore Anglicism refers word for word to “offshore”.

Dubai offshore companies should not be confused with companies in the Free Zone of the United Arab Emirates (UAE). An offshore company is therefore precisely a legal business entity that is created with the intention of operating outside its administrative district or the place of residence of its owner.

Very often associated with the phenomenon of tax evasion, due to the strong media coverage of certain cases such as the “Panama Papers”, and the harsh criticism of the model on which world capitalism is based; offshore companies are not having a positive impact on public opinion.

The fact remains that they represent a great business opportunity for many investors. This article aims to inform you about the opportunity to set up an offshore company in Dubai by giving you the most complete information possible.

The question does not even arise! With nearly € 4.5 billion in bilateral trade between France and the United Arab Emirates, the UAE is France’s second largest economic partner in the Gulf after Saudi Arabia.

The capital of the United Arab Emirates, Dubai is arguably the most famous emirate. A true flagship of the global economy, Dubai is billed as one of the most attractive cities in the world.

A very diverse city, bordering on dizzy spells between its skyscrapers, its hyper activity, its excessiveness and its great ambition. The authorities of this Arabian Peninsula were quick to make it attractive with its architecture, and its various economic opportunities.

This is probably why setting up an offshore company in Dubai can be a highly strategic and sultry management choice. However, with the press, critics and even consideration in some major economic spaces, it is only natural to wonder if Dubai is ultimately a tax haven.

A question that could more or less have a very big impact on the perception that your employees, your partners and even international institutions will have on your company.

The creation of an offshore company in Dubai automatically results in a tax exemption. Thus, the Gulf State does not levy tax on these companies.

This measure can be confusing and constitute a real opportunity for companies seeking tax avoidance strategies united under the name of “tax evasion”; in order to replace tax obligations in the countries where they actually operate.

Moreover, widely regarded by public opinion as a tax haven, Dubai has been the subject of several debates both in the written press, in the academic world and, as well as by international transparency bodies. Difficult to answer the question clearly!

This action follows the adoption by the United Arab Emirates in September 2019 of new rules that respect international standards for the creation of offshore companies on the peninsula.

Thus, the question of the status of Dubai as a tax haven or not being to elude, it should be said that several reasons can justify the choice to create an offshore company in Dubai. A choice that can bring advantages and disadvantages.

What are the advantages for an offshore company in Dubai?

Opening an offshore company in Dubai can be an efficient and tax-efficient bet for entrepreneurs who wish to do international business from their country of residence; by domiciling their business in a country allowing the creation of a company to non-residents.

Providing a gateway for the expansion of the international market;

Access to a more flexible regulatory regime that integrates the realities of foreign entrepreneurs;

The non-taxation of international income with regard to (depending on the jurisdiction) the income of natural or legal persons, capital gains and inheritance taxes;

The provision of means to separate or protect assets, such as intellectual property, from operational entities.

Also known as a non-resident company, such a company allows entrepreneurs to serve other markets without administrative obligations.

Therefore, an offshore company is simply an LLC 100% owned by its creator; it is legally exempt from taxes and has no accounting obligations. Offshore companies can be used for:

Creating an offshore company in Dubai therefore means giving yourself the opportunity of several advantages:

-An offshore company is quick and easy to set up in Dubai, especially when compared to other types of companies in the same economic zone that is the UAE;

-Creating an offshore company in Dubai is a guarantee of credibility for customers, suppliers and even potential venture capital investors. Dubai is a globally recognized jurisdiction and therefore potentially inspiring confidence;

-If properly structured, an offshore company based in Dubai is legally exempt from corporate tax, which makes it an ideal international trade tool, and a real positive for any entrepreneur wishing to go big directly to large scale.

-The shareholders and directors of the offshore company will not be required to register their names and contact details. At the same time, allowing their personal data to be kept confidential and protected from the public;

-In Dubai, an offshore company is exempt from all accounting and tax obligations;

-Compared to other countries which offer the same services, the creation of an offshore company is simple and inexpensive; for example the procedure for obtaining a bank account in Dubai.

-The documents of companies created in Dubai are bilingual (in Arabic and English); Which is really a positive point, insofar as it allows flexibility in exchanges and the internationalization of communications.

Disadvantages of an offshore entity in Dubai

The offshore entity created cannot rent premises in the UAE, nor be involved in the process of obtaining residence or work visas for its staff;

-Compared to other similar entities found in other countries, setting up an offshore company in Dubai seems much more expensive;

-Dubai’s banks seem to have a bad press.

-It should be noted that the offshore company cannot use the UAE’s double taxation treaties to reduce the overall withholding tax;

Be aware that there are two different options for registering a company in the United Arab Emirates: “Jebel Ali in Dubai”, and Ras Al Khaimah (RAK).

Both of these jurisdictions are “tax free” and do not levy income or corporate taxes and allow 100% foreign ownership of the created company. The UAE has double taxation agreements with more than 40 other countries.

These offshore companies from Ajman and RAK of particular interest to us can be used to conduct international transactions outside the UAE, to set up holding companies, and to set up planning and asset protection channels.

These two options are also inexpensive when you want to set up an international trading company; compared to the costs of registering an offshore Jebel Ali company which costs more.

While the incorporation process, timing and requirements to register an Ajman offshore company are much easier, our preferred option is usually the RAK company as the free trade zone is much more established and well known to international entrepreneurs.

In addition, an added benefit is that an offshore RAK company also allows to maintain a head office in Dubai.

Offshore companies are allowed to open multi-currency accounts in UAE and operate internationally. However, they cannot do business with persons residing in the UAE or have physical premises in the UAE.

Both RAK ​​and JAFZA have their own specific advantages. RAK is the more profitable of the two, but JAFZA is the only offshore company that is legally allowed to own property located in Dubai.

They are also subject to the 0% corporate tax rate, but they allow their shareholders, directors and employees to obtain residency in the United Arab Emirates.

In summary, what to remember about the specific characteristics that apply to the creation of an offshore company in Dubai are among others:

You can also trust our team and entrust us with the constitution of your offshore company in Dubai; we take care of everything and remain at your entire disposal. 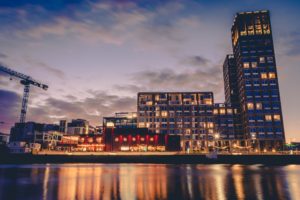 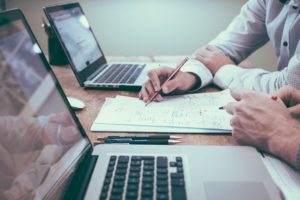